Located southwest of Fairbanks, Alaska, Denali National Park is home to four major ecosystems: taiga, tundra, riparian, and alpine. The ecosystems vary with elevation and the elevational gradient ranges from 68.5 meters to 6,010.2 meters. The park was established on February 26, 1917 as Mount McKinley National Park as a means to protect the Dall sheep and other large mammals. On December 2, 1980 the park increased in size and changed its name to Denali National Park and Preserve, and on August 28, 2015 the name of the mountain officially changed from Mount McKinley to Denali, the traditional native Alaskan name.

Collectively the biosphere reserve provides supporting services of soil formation, nutrient cycling and primary production. It also serves as a reference site, and an example, for high functioning, intact, ecosystems and as a reference point for the climatic and terra-altering forces that disproportionately affect northern latitudes. The biosphere hosts a team of science staff, regional National Park Service science staff, and university researchers and consultants. The biodiversity of the reserve is captured in a diverse array of research papers relating to changing flora and fauna communities, and keystone species such as wolves, coyotes, and lynx, and their prey.

Despite English being the main language spoken in the reserve, there are five remaining Athabaskan dialects spoken by elderly natives: Ahtna, Kuskokwim, Koyukon, and Lower Tanana. The tribes that claim Denali as their home are the Nikolia Edzeno Council, the Telida Council, the Ingalik Council, the Tanana Council, and the Koyokuk Council. Some of them harvest within the biosphere reserve’s managed use zones, so the stakeholders have meetings with the different villages to develop management strategies that are the least impactful to native customs.

The biosphere vicinity’s economy is fundamentally recreation and tourism and the development initiatives are primarily related to that function. Tourism generates approximately $838 million U.S. in revenues derived from the biosphere’s rich natural attractions, including wildlife watching for the charismatic Dall sheep, grizzly bear, wolf and moose. Within the transition zone, development activities are managed by the Denali Borough and the State of Alaska. These government are supportive of economic development as long as it complies with local zoning and environmental regulations. To foster sustainable development that supports recreation and outdoor pursuits, the National Park Service has a Rivers, Trails, and Conservation Assistance Program that provides planning support and funding to local governments for developing public recreational facilities such as trails, and access ramps for water-based recreation in the Zone of Partnership and Cooperation.

Alaska Department of Fish and Game

The Denali Chamber of Commerce 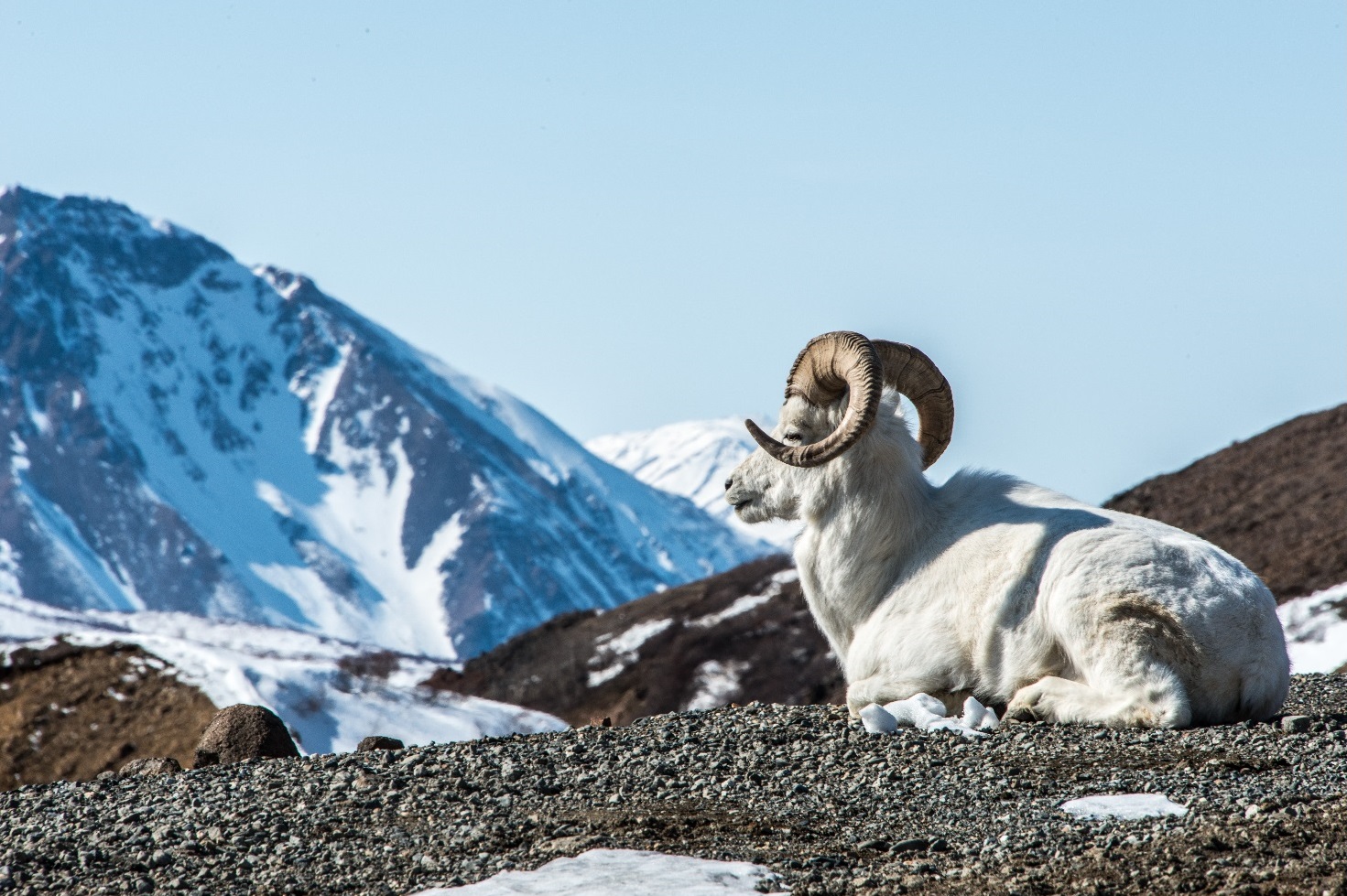