and the Champlain-Adirondack Biosphere Network

In October 2019 at the 3rd Annual Meeting of the Champlain-Adirondack Biosphere Network (CABN), a Twinning Agreement with the Frontenac Arch Biosphere Network (FABN) was signed by their respective Co-Chairs(1) and endorsed by participating USNPS representatives(2)

The genesis of this evolving partnership began six years earlier in October 2013 at the first-ever EuroMAB Conference in North America at Brockville, Ontario, hosted jointly by the Canadian Biosphere Reserve Associates, and FABN, in cooperation with the UNESCO MAB Secretariat and the Canadian National Commission for UNESCO. The conference included more than 190 BR practitioners from 27 countries, including 4 from the US.(3) The Conference theme, “Engaging Our Communities,” reflected the increasing worldwide emphasis on enlisting communities of interest, particularly local people, as committed BR partners and beneficiaries. The Conference’s 2nd Recommendation focused on “Trans-boundary Biosphere Reserves” with a call for “… facilitating multi-scale dialogue, supporting national MAB Committees in capacity building, specifically regarding trans-boundary issues and the adoption of the trans-boundary BRs’ approach as a tool of “environmental diplomacy” to foster better international relationships.”(4) Among others, the conference participants identified the opportunity for transborder cooperation with colleagues at the Frontenac Arch and Champlain–Adirondack Biosphere Reserves. In particular, the personal leadership of Mr. Gary Clarke(5) has been invaluable to the establishment of the Twinning Agreement.

As a follow-up to the EuroMAB Conference, 10 representatives from FABN and CABN met in October 2015 at the Adirondack Ecological Center (AEC) in Newcomb, NY to explore the potential of a cooperative relationship. The participants declared a willingness to continue exploring possible ways to establish a cooperative partnership. For example, the Queens University and SUNY College of Environmental Science and Forestry participants agreed to organize a bi-national mobile seminar to educate their undergraduate and graduate students on the similarities and differences of the respective biosphere’s geography, ecological, social, economic, cultural and governance aspects of our shared bi-national region(6). They also agreed to produce a concept paper regarding FABN-CABN climate change monitoring(7), rural community resiliency and sustainable tourism(8). There was also a consensus that a North American Biosphere Network is worthwhile to support mitigation and adaption and other aspects of global environmental change, especially the need to build rural community resiliency.

In August 2017, a ‘Consultative Meeting on the Future of the Champlain-Adirondack Biosphere Reserve’ was held at the AEC with 65 participants, including 2 representatives from the USNPS and 2 from FABN(9). The participants explored the feasibility of reviving the CABN after 30 years for inactivity(10) as well as the initiation of a working group to move the effort forward. The 2nd Consultative Meeting was held at Paul Smith’s College in August 2018 with consensus among the participants to formalize a New York – Vermont Steering Committee(11) with 2 Co-Chairs(12). Subsequently, a Steering Committee Charter was approved and a Strategic Planning Session was held in May 2019.

Over the past several years, FABN has provided important guidance for CABN to emulate. The FAB model is structured to benefit local communities while also protecting the natural resource base upon which they depend. It strives for a sustainable combination of nature, society and culture. CABN has adopted the FABN’s use the term ‘Biosphere Network’ (rather than ‘Reserve’) to emphasize the partnerships between organizations and communities. Local communities manage both FABN and CABN without governmental authorities’ involvement. No one demands community-level engagement; it’s voluntary and based on community activists.

FABN and CABN share a strong sense of place with numerous ecological, cultural, social and economic ties with each other, and in particular are linked by their common positioning on the geological formation known as the Frontenac Axis, and by their locations on the Great Lakes and St Lawrence River Watershed. They have initiated numerous scientific and technical exchanges toward building increased cooperation among them, especially to confront the imminent threats of climate change. Located in Tupper Lake NY, the Wild Center’s ‘Youth Climate Program’ recently hosted students from FABN who are eager to launch a similar youth climate initiative in their biosphere. With support from The Wild Center, FABN will host their first “Youth Climate Summit” in April 2020 and plan to replicate the model in biospheres across the Canadian Biosphere Network.

The leadership of FABN and CABN are convinced that the contributions of the UNESCO Worldwide Network of Biosphere Reserves to sustainable development are real, significant, and increasing. We are enthusiastic that the visionary concept of biosphere reserves and networks offers practical opportunities to integrate and expand the capacities of local organizations, individuals and governments to cooperatively address urgent local-to-global problems based on shared knowledge and experience. By helping people find common purpose and share reliable information in weaving Nature into the economic and cultural fabric of their shared landscapes, biosphere reserves will make important contributions toward achieving a more harmonious polity at the local, national, and global levels.

A copy of the Agreement can be found here 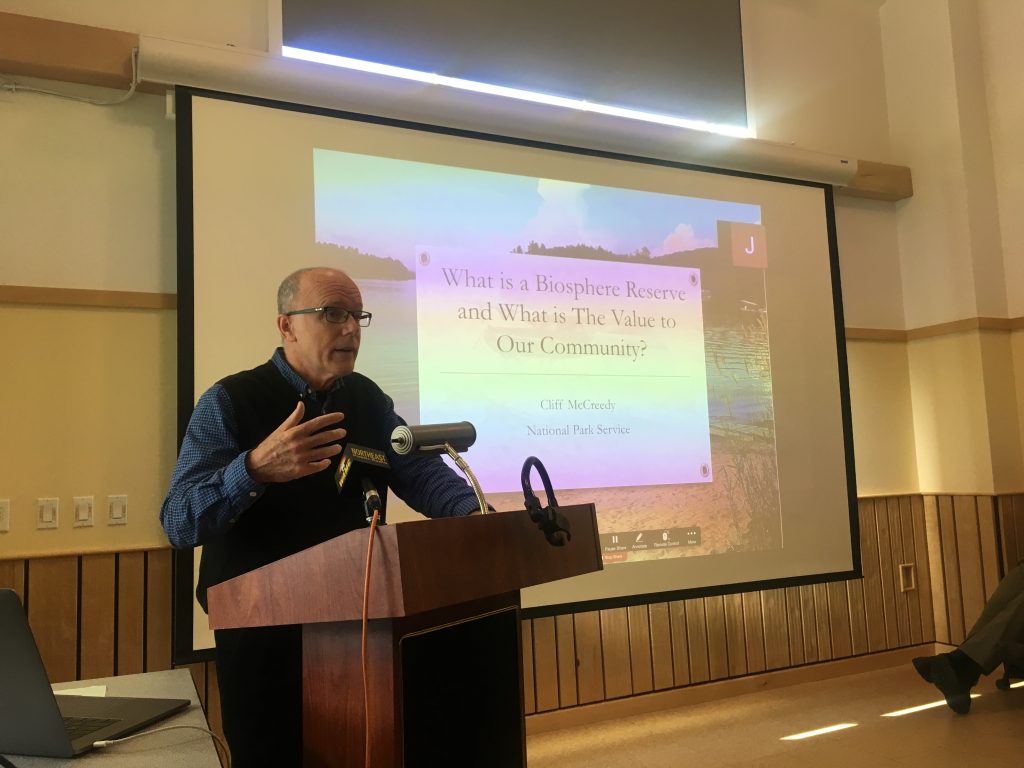 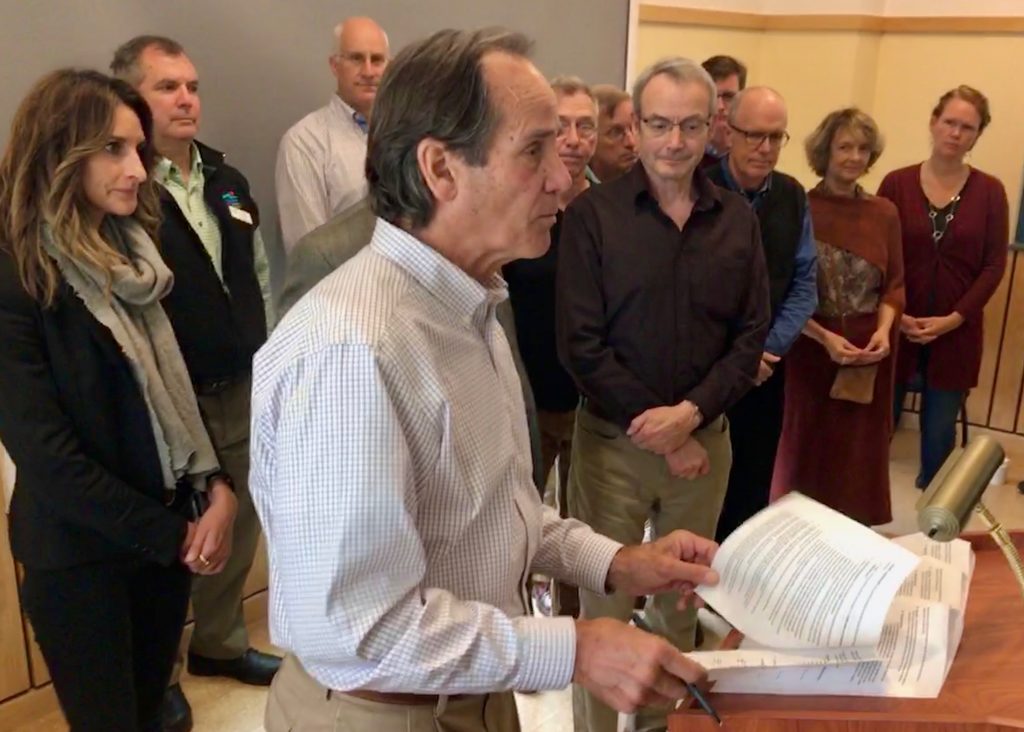 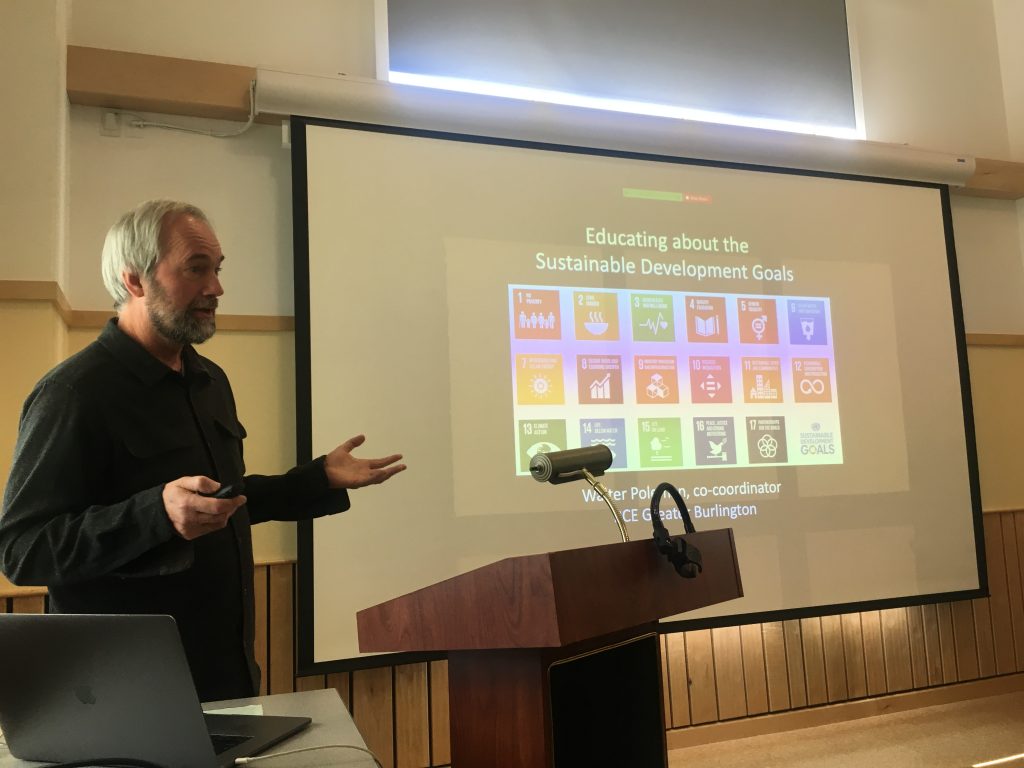 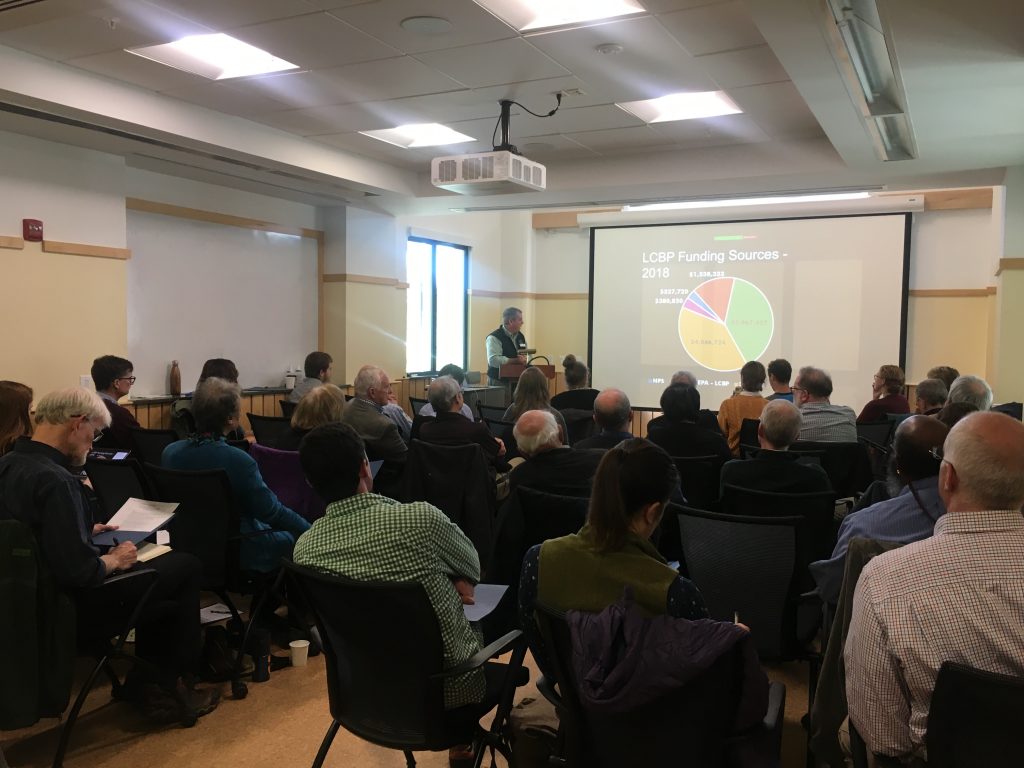