1996 – The Mount Arrowsmith Biosphere Foundation was established by research scientist, Dr. Glen Jamieson, to raise awareness of the biodiversity of watersheds on Vancouver Island’s Mount Arrowsmith and adjacent marine areas. Dr. Jamieson spearheaded the nomination process that would earn the region its UNESCO biosphere reserve designation.

2000-2010 – The original Foundation built awareness about the MABR through activities and events, climate change research, and ecological monitoring.

2010 – The MABR underwent its first periodic review by UNESCO, a standard process every ten years for all biosphere reserves. Following the review, new goals were set and a new management structure was discussed to increase the effectiveness of the organization and to ensure greater collaboration in meeting the UNESCO biosphere reserve mandate.

2013-2014 – Members of the Foundation voted to dissolve the society and hand over management of the MABR to Vancouver Island University (VIU) and the City of Parksville. In July of 2014, VIU and Parksville signed a Memorandum of Understanding to co-manage the MABR and to build a roundtable involving First Nations, municipal and senior levels of government, private industry, conservation groups, and others regional representatives.

Region Research Institute. MABRRI’s purpose would be to connect the expertise and experience of university researchers with the brainpower and energy of students and the priorities and concerns of the community to develop a collaborative research agenda for the MABR. Find out more about MABRRI.

Since time immemorial, Indigenous peoples have inhabited Vancouver Island. Caretakers of the land and disciples of Mother Earth, they are the original stewards of the lands on which the UNESCO-designated MABR is situated today. Many stories and legends from Elders indicate an abundance of clean, fresh water and symmetry between biotic and abiotic factors on land and sea.

Traditionally, seven Nations from Nuu-chah-nulth and Coast Salish tribes inhabited the MABR and depended on these lands for their survival. Qualicum, Snaw-naw-as, K’ómox, and Snuneymuxw First Nations are tribes of the Coast Salish region on the east coast of Vancouver Island. Tseshaht, Hupacasath, and Ditidaht First Nations are tribes of the Nuu-chah-nulth region, occupying the west coast of Vancouver Island, extending as far east as the Alberni Inlet near the base of Mount Arrowsmith.

The MABR acknowledges the urgent need for reconciliation and are striving to do their part to ensure relationships are fostered through mutual understanding, trust, respect, and transparency.

Among Canadian biosphere reserves, the MABR is unique for its extensive elevation range. Spanning from the Salish Sea, 300 m below sea level, to the peak of Mount Arrowsmith, at 1,817 m, the MABR’s vertical range is just over 2,100 m. This change in elevation houses five watersheds and provides a wide range of ecosystems to support many different plant and animal species.

The cluster of peaks and valleys in the MABR tell a story of the complex geologic history that formed Vancouver Island, including the effect of glaciation on the region’s landscape. When hiking through the many trails, basalt and limestone formations up to 220 million years old may be observed, along with newer formations that were deposited by glacial activity.

The MABR is rich with biodiversity. Some of the oldest and tallest trees in Canada can be found within the biosphere region at MacMillan Provincial Park, which also acts as a vital wildlife corridor in the Beaufort range, separating two UNESCO-designated biosphere reserves, the MABR and Clayoquot.

The MABR also contains one of the most endangered ecosystems in Canada, Garry oak ecosystems. These ecosystems, which are a rich mosaic of plant, animal, and insect species, can be found locally in Parksville and Nanoose. Garry oak and associated ecosystems are home to more plant species than any other terrestrial ecosystem in coastal British Columbia.

This region is also home to one of the rarest mammals in the world, the Vancouver Island Marmot (Marmota vancouverensis). Thanks to recovery efforts, the endangered population has increased significantly in recent years. Mount Arrowsmith was home to the largest colony of these Marmots in the Nanaimo Lakes area in 2018. Mount Arrowsmith is now just one of a handful of thriving colonies. This iconic species has risen from a low point of fewer than 30 marmots in 2003, to approximately 200 in 2019.

Coastal forests have traditionally been used by Coast Salish people for foraging, hunting, and harvesting timber. These grounds account for roughly 80% of the MABR’s current land-base, and contribute largely to the local economy. The headwaters of all our watersheds originate in the upper reaches of the forest lands, and the forest plays an integral role in freshwater quantity and quality.

BC’s Biogeoclimatic Ecosystem Classification (BEC) divides forest zones by their broad microclimates. In the MABR, four zones are represented: the Coastal Douglas-fir (CDF), Coastal Western Hemlock (CWH), Mountain Hemlock (MH), and Alpine Tundra (AT) zones. The CWH zone is the most productive forest zone in BC. It contains giant trees, an array of understory vegetation, and is home to the most fauna of any zone; making this particular zone iconic in our region.

Currently, the vast majority of forest lands in the MABR are privately owned and managed under the Private Managed Forest Land Act. The lands became privately owned in 1887 when the Federal Government of Canada granted away 838,073 hectares of land on Southern Vancouver Island in exchange for constructing a railway.

The intertidal environment is the area along the coast where the ocean meets the land, specifically the section that is covered at a high tide and exposed during a low tide. The conformation varies along the coastline, with some portions comprised of bedrock and others consisting of sandy beaches.

This ecosystem is subdivided vertically into four zones (spray, high, middle, and low), notably distinguished by their elevation and ecological differences. As a result, the intertidal environment provides an extensive amount of habitat for a large number of species. Each zone is exposed to varying levels of weather and surf conditions, which results in species selectively choosing the zone they live in based on what suites their needs. For example, barnacles and mussels live in the higher zones as they can fully close, protecting themselves at low tide.

The MABR is one of only a handful of biosphere regions in Canada that include the intertidal environment in our boundaries. This ecosystem has not only an incredible ecological value in the region, but a cultural one, as well. Therefore, it is important that we maintain and minimally disturb this section of the coast, ensuring its ecological and cultural integrity.

Watersheds in the MABR span across a large vertical range, with headwaters in the mountains draining into the Salish Sea. The Salish Sea is comprised of the Strait of Georgia, Strait of Juan de Fuca, and Puget Sound. This inland sea is biologically rich, paying tribute to the Coast Salish people as the first inhabitants of the region. MABR’s boundaries fall within the waters of the Strait of Georgia, which host a variety of habitats to support a vast array of plant and animal life.

Around 3,000 marine species can be found within the Strait of Georgia, including all 7 species of Pacific salmon. It is home to the threatened transient killer whales and the endangered Southern Resident killer whales. Each summer, humpback whales visit these waters as one of their main feeding grounds, migrating north from the waters in Hawaii and Mexico. Apex predators, such as killer whales and bald eagles, keep the ecosystem healthy and biodiversity high.

These waters bring many of us together to enjoy the life they support. Each year, community members gather to see the turquoise colour of the sea from millions of spawning herring and tens of thousands of water birds, such as Brant geese, feasting along the beaches.

The MABR encompasses a diverse set of communities including rural neighbourhoods as well as urban towns and cities. Communities that lay within the MABR include: Qualicum Bay, Dashwood, Qualicum Beach, Hilliers, Coombs, French Creek, Errington, Parksville, and Nanoose Bay. These communities support a total population of over 45,000 people, which continues to grow. Parksville, for example, saw a 4% increase in population between 2011 and 2016; Qualicum Beach grew by 2.9%; and French Creek grew by 5.8%. These communities have also proven to be desirable for an aging population, as the average age is 60 years, which happens to be the highest in Canada.

Communities in the MABR value their natural environment and the beautiful features the biosphere region has to offer. Most people residing in the MABR live within 5 kilometers of the Salish Sea and also have access to views of Mount Arrowsmith. Additionally, many parks – both beach and forested – are a short distance away for residents. The MABR community has the opportunity to live, work, shop, and play all within a short distance – offering a high quality of life for residents and many tourism opportunities for visitors.

Alongside the natural beauty of the MABR, visitors to the region are greeted by numerous services such as local dineries, shops, and accommodations. As part of the tourism sector, these services represent 25% of the region’s workforce. This is particularly noticed in tourist destination communities of the MABR, such as the City of Parksville, in which 30% of the workforce is in sales or services, benefiting both visitors and local residents.

With many other nearby communities, residents of the MABR are also likely to work outside of the area in which they live, with 73% of workers commuting to a different municipality for work. However, larger communities such as Qualicum Beach and Parksville have lower commuting numbers, with a respective 35% and 54% of people working within their own communities. 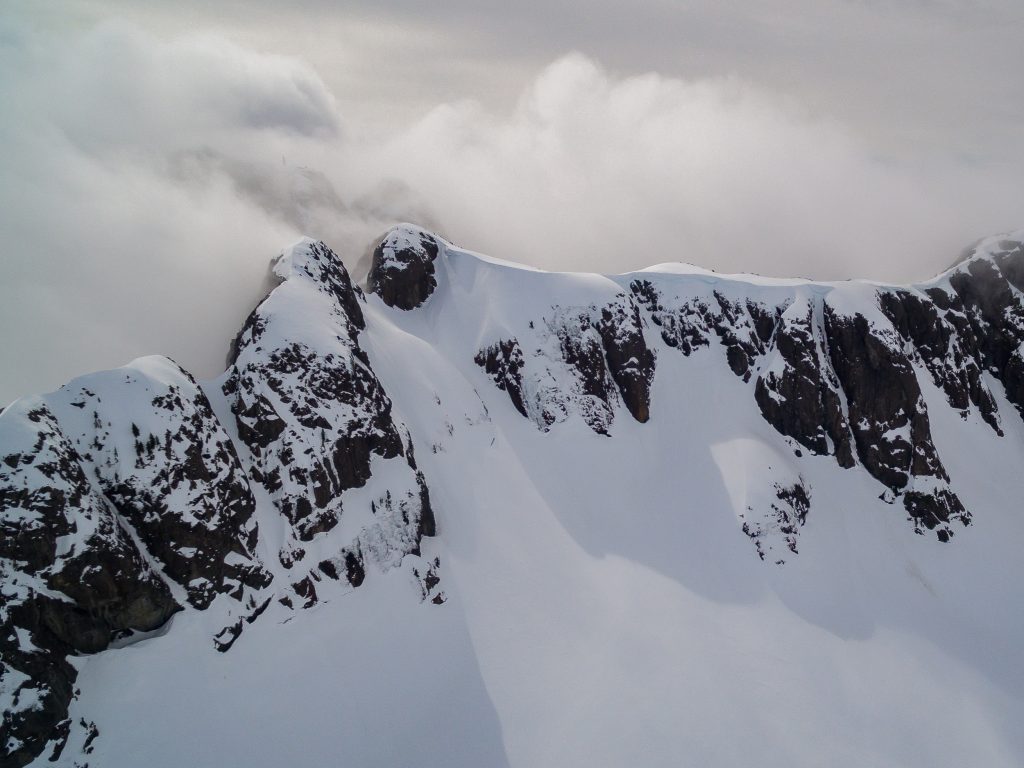